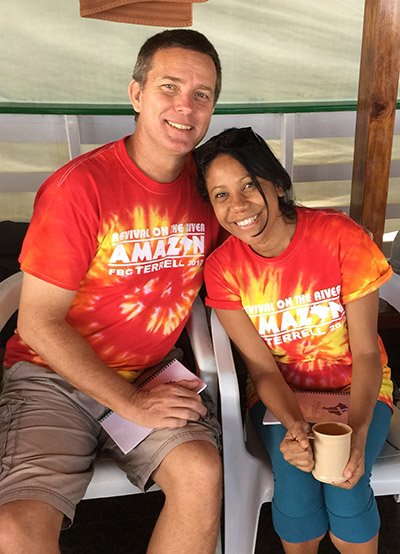 Ted and Juliana first met in October of 2013 when Ted, an American, was on a 13 month long missionary journey through Central and South America. Juliana, a Brazilian, was a missionary at a base in Fortaleza, Brazil. Two years of friendship blossomed into a marriage in 2015. God put the vision He had individually given them both and formed it into one vision. They have a passion for the Amazon indigenous and ribeirinho people in Brazil, specifically, the Sateré Mawé. They live in Maués, Brazil. It is a small city on the Parauari River, which is just South of the Amazon River. It’s location is part of the municipality of the Sateré-Mawé.

Because of YOUR support of our Big Raffle, 1,126 F

Thank you to everyone that tuned in last night to

Please join us for an amazing evening with Mike We

A few images of our Kibera Team in the mission fie

Thank you to Rusty Wallis, our staff and volunteer

We would like to introduce you to one of our great

Our Big Raffle ends TONIGHT at MIDNIGHT, so buy yo